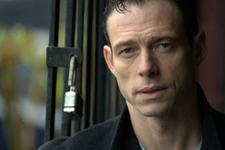 Christopher Showerman plays the “Man”.   After playing bit parts and minor roles in a few small projects, he landed the lead role of George in Disney’s George of the Jungle 2. Since then, Christopher has done several TV and feature projects along with live theater performances such as Legends, starring Joan Collins and Linda Evans where he he toured the US and Canada.  In 2008 He wrote and produced a western teaser, “Between the Sand & the Sky”, in which he starred with Dee Wallace and Muse Watson.

Christopher, recently wrote, produced, directed and acted in the full length music drama “Radio America” where he even managed to write all of the songs. Showerman is also a passionate fitness enthusiast and has been featured in several print and online articles. As an actor, Showerman cherishes the opportunity to lose himself in a variety of diverse character types. 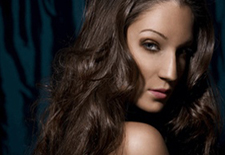 After leaving Sylvia Young Theatre School, she began working professionally in both television and film. She has frequented our television screens in various program such as Casualty, Robin Hood and Doctors. As of November 2012, Doctors was nominated for 77 awards and has won 13 with some help from Rachael, where she played the regular role of Emily Fenton. Rachael also played a role in Waterloo Road, which won “Most Popular Drama” at the 2011 National Television Awards. This fascinating role required Rachael to play a diabetic pupil who refused to take her insulin in order to stay slim causing serious disruption to her health and the school. 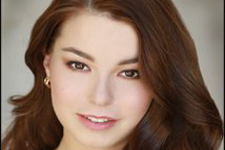 Chanel Marriott plays “Dahlia” Born & raised in Perth, Western Australia, Chanel Marriott commenced acting at the age of seven, moving to professional acting at 13, in Lockie Leonard, an Australian children’s television series adapted from the Lockie Leonard books by novelist Tim Winton. The series was filmed in Albany,Western Australia & screened on the Nine Network on 19 June 2007. A second series was filmed in 2009 & screened in 2010 in Australia, the UK and Ireland. Lockie Leonard was one of the most successful Australian children’s television productions with two awards wins (AFI – Australian Film Institute for Best Children’s Television Drama & Logie Award for Most Outstanding Children’s Program) & nine nominations.