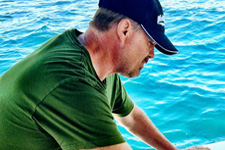 Brooks Campbell Director/Executive Producer/Writer.   Brooks has written, directed and most importantly, completed two feature films (Rupert Patterson wants to be a Super Hero and Subprime) both self-produced, self-financed and both have distribution. Brooks also worked as an artist for over 20 years in the film and television industry for various major studios such as: Disney, Warner Brothers, DreamWorks, Universal, Sony and Fox. Film credits include: The Lion King, Pocahontas, The Hunch Back of Notre Dame, Spirit, Dinosaur, The Flight of the Phoenix, They Came From Upstairs, Boondocks, Tinkerbell, Thor, and currently Sofia the First.

Jefferey Rigler Executive Producer.  Jefferey has worked in the film/Television industry for over 20 years.  Starting with Dick Clark Productions, Walt Disney Television Animation, and Fox Studios.  He’s produced two feature films Tiny Miracles and Little Dreams both produced with a micro budget and crew.  Some of Jefferey’s credits include, American Dad, Disney’s Teacher’s Pet, Pepper Ann, Hercules, and 101 Dalmatians. Jefferey is currently the managing partner of Rigler Digital a web development and SEO management company in Los Angeles.  Side note also the crew’s chef for the entire shoot – and makes a mean burger. 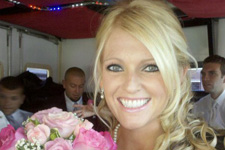 Melissa Webb  MUA/First AD.   Melissa has an extensive background in the film and television industry.
She is known for her work on Locksmiths (2015), Miss India America (2015) and The Unconscious Disease (2006). Her experience working on set not only as a make-up artist but also as a first assistant director made her an invaluable and much needed addition for the crew.  Other credits include Sharknado 4: The 4th Awakens,
and the documentary Legalize It. 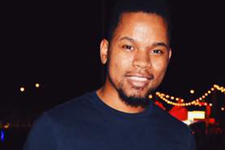 Bobby Graham  Sound/Gaffer.   Bobby was a sound designer for the hit television show Glee and while on hiatus he was able to work as our sound/boom operator on Lady Bug.  This was Bobby’s first feature length film and his enthusiasm was welcomed on the Lady Bug boat.  Currently working as a video editor and videographer for Anders Media Inc. 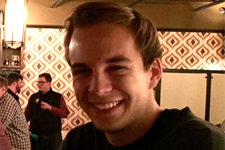 Chad Buning  Camera Assist/Grip   Chad was a first assistant camera for Lady Bug.This was also Chad’s first feature length film but has since the time of filming gone on to many productions. These productions include Suburban Memoir, My Crazy Ex, and Kosher Soul to name a few.